One dictionary definition of ‘therapy’ is the treatment of a disease, physical or mental, by medical or physical means, usually excluding surgery. A more general definition refers to ‘therapy’ as the effort to alleviate some disorder, usually mental in some sense, by some use of a therapeutic method or technique. It is doubtful that the study of philosophy is a form of therapy in either of these primary meanings of the term “therapy.” Generally philosophers do not offer treatments for psychological problems; nor are there widely accepted philosophical methods or techniques for treating those who seek therapy. But maybe the case for philosophy as therapy is better when we consider other accepted uses of the term ‘therapy,’ as when one speaks of the therapeutic benefit of a relaxed walk in the woods, or a session of meditation, or a visit to the Grand Canyon, or a conversation with good friends, or from listening to great music or reading our favorite poets. This secondary sense of “therapy” is one that might apply when we consider the question whether philosophy can have therapeutic value.
——————————

The proposition that philosophy can function as a form of therapy brings up two related questions:

1) Can the study of philosophy help a person to improve his thinking and actions, and maybe realizing some version of the ‘good’ life?

2) Can we describe philosophy, as a family of disciplines, as aiming in part to helping individuals deal with suffering, frustration, unhappiness and mild mental disorders; i.e., does the work of philosophers aim at some form of therapy?

My answer is a qualified “yes” to the first, and “no” to the second question. Philosophy is primarily an intellectual discipline, focused on conceptual-theoretical issues, not at all a method of therapy. In its primary function philosophy is not a therapeutic method or practice. However, there are aspects of philosophy, past and present, which allow a more favorable assessment of the therapeutic value of philosophical study for some forms of ‘philosophy’ and for some individual needs.
————————————–

Many students and practitioners of philosophy do not associate philosophy with therapy of any kind. I would guess that this is the opinion held by many of my contemporaries, who were trained in philosophy at American colleges and universities back in the 1960-70s decades (my period of formal studies in philosophy at the undergraduate and graduate levels). Our training in philosophy enabled us to teach, analyze, discuss, and write concerning great figures in philosophy, differing schools of philosophy, different issues, problems and persisting questions in philosophy. Among other things, the objective was to familiarize students with the history, the great philosophers, and the persisting questions in philosophy; and eventually to enable students (those who majored in philosophy) to handle philosophical questions in logical and critically-informed ways. Any grading of students’ performance was based on critical, conceptual criteria. Most people did not expect that students would realize some therapeutic value from taking a course in philosophy. If some students did realize some personal, psychological benefit, it was seen as an accidental affect of the course of study, which often resulted in disturbing students more than reassuring them. Generally students did not expect any significant personal improvement or psychological benefit to result from their study of philosophy.
—————————————–

There are some aspects of the subject of philosophy which suggest the contrary view: that philosophy touches on ‘therapy’ insofar as it has something to do with challenges of living a good life and working toward some form of personal happiness or fulfillment. The famous quote from the great Socrates, “the unexamined life is not worth living,” and his reference to the inscription at Delphi to “know thyself” surely suggest a view of philosophical life which is more than an impersonal study of theories, concepts, and problems. It suggests the life and teachings of Socrates as an example of a life worth living. In addition, the ethical works of Aristotle, which give guidance to a life of ethical excellence and the development of a morally virtuous character, surely seem to imply that philosophy aims not simply at enabling philosophical knowledge but also at instructing us to act well in the world. When we add the reflections of the Stoic philosophers, the ‘consolations’ of Beothius (“.. a just man unjustly suffering is confirmed in his conviction that happiness and fortitude may be found in adversity.” ), and in later period, the rational faith expressed by Spinoza in his Ethics (“to act in conformity with virtue is nothing but acting, living, and preserving our being as reason dictates.”), we see an aspect of traditional philosophy which has much to do with the individual’s attempts to cope with the challenges of life, to find ways handling tragedies and difficulties, and eventually to find the path to personal excellence and fulfillment. Thereby, we can say that some aspects of traditional philosophy in the West appear to support the idea that the practice of philosophy somehow touches on a form of personal therapy. At least this much is true: many figures in the history of Western philosophy have pursued philosophy as a form of life rather than just an academic field of study.

None of this implies that an essential element of the study of philosophy is either a therapeutic method or a form of personal therapy. Some people may realize therapeutic value from such a study, and surely many great figures in history saw philosophy as something directly applicable to the problems of living. But many individuals have studied philosophy and pursued philosophical answers to a variety of philosophical questions in ways that cannot be characterized as therapeutic or applying to problems of living. Of course, much depends on the ‘philosophy’ that one engages; or if you like, the nature of the philosophical task that one takes on. In the area of practical ethics and some aspects of normative ethics, it makes sense to propose that one’s aim is a practical one of specifying the paths to moral virtue and the higher good of human existence. To the extent that one does not merely try to define these, but also tries to put them into practice in one’s own existence, one might approach philosophy as activity having therapeutic value. A fairly recent book by Robert Nozick, The Examined Life, is a good example. But this is only one side of the field of Ethics; other aspects are not much concerned with values of life. Other areas of the philosophical disciplines include logic, epistemology, metaphysics, philosophy of science, of mathematics, and analytical, linguistic philosophy. In these areas one is not trying to find the key to better living, but concerned with more conceptual issues. (For example, much of the work in epistemology by John Locke, David Hume and Immanuel Kant; and work in logic, philosophy of math, and philosophy of science by such modern philosophers as Gottlob Frege, Bertrand Russell, and the early Wittgenstein.)
——————————————

In Western tradition starting in the seventeenth and running through the nineteenth centuries, attention turned to problems related to knowledge, perception, consciousness, and theory of mind with Rene Descartes, through the line of British Empiricists, and given a critical analysis by Immanuel Kant. The student of philosophy working in these areas of epistemology and philosophy of mind did not focus much attention on questions of the good life and ways of attaining it. Contrary to this intellectual concentration, we find the Romantic writers and philosophers emphasizing a more vital perspective of human reality, which could be seen as involving some practices which could be called forms of therapy. We might also mention that philosophies in other cultures, e.g. Asian philosophies, tend to emphasize the themes of wisdom and a life more attuned to higher values and different dimensions of consciousness, rather than focusing attention on the intellectual-conceptual approach dominant in the West.

In English speaking societies, the trend in the nineteenth and twentieth centuries was toward the more logical, analytical, ‘scientific’ form of philosophy. Here the natural sciences and mathematics were seen as models for intellectual disciplines. Insofar as English speaking philosophers (in the U.K., in the U.S., Canada and Australia) saw their discipline in this light, the philosophical disciplines are not characterized as a search for wisdom and rules for better living. These simply were not part of the philosophy practiced at many universities.

But the contrary case is evident with respect to schools of philosophy in Europe and South America, where Existentialism and more personally-oriented philosophies are in evidence. Many existentialist philosophers are concerned with the problems of human existence, although they may reject traditional ideas of wisdom and virtue. Insofar as their writing is directed to helping someone (writer, readers) cope with the absurdity, inauthentic values, and lack of integrity in modern life they can be seen as involved in a kind of therapeutic work. The works of philosophers like Kierkegaard, Nietzsche, Miguel de Unamuno, Sartre, and Albert Camus can surely be read in this light. In America, the works of William James, Walter Kaufmann, Robert Nozick, more recently Martin Gardner and Stanley Cavell, reflect a philosophical approach concerned with ‘existential’ issues and thus touch on ways of coping with challenges of life. Philosophy here is not limited to conceptual and theoretical problems, but grapples with issues of living and working our way through the difficulties that life often brings. Hence, some people are inclined to see the work in a therapeutic context.
—————————————–

Most students of Wittgenstein’s later philosophy are not surprised to hear that some aspects of his work (e.g., in the Philosophical Investigations) can be seen as therapeutic in a philosophical sense. Some of his metaphors and analogies suggest that philosophical reflection of problems of language aim at enabling movement from a state of ‘disorder’ to a ‘healthier’ state. His reference to the need to recognize the extent to which language can “bewitch us,” his reference to philosophical problems as much like “philosophical cramp” that needs relief and his metaphor of “trying to show the fly how to escape the bottle,” all suggest that philosophy can be viewed as a sort of therapy.
————————–

Sometimes we might say that the writer himself (or herself) realizes some ‘therapy’ from his (her) work. A Wittgenstein or a Nietzsche intensely works to relieve some conceptual problem, in some cases, even some mental-spiritual difficulty. Readers or the audience of this effort might also get some help in dealing with their philosophical difficulties.

But does any of this indicate anything more than the fact that some people indulge in some intellectual, literary, or artistic activity — in some cases called a ‘philosophy’ – that has some therapeutic significance? Does it come to anything more than the fact that occasionally one feels better about one’s situation after reading some ‘therapeutic’ writer? Those who promote the idea of philosophy-as-therapy would argue that there is more to it than that; but this does not show that philosophy is a therapy. At best, some aspects of philosophical work may have therapeutic implications. Even those of us who remain skeptical of the idea of philosophy-as-therapy may assent to the qualified idea that some aspects of philosophy can help people to improve their thinking and actions, and thus prove ‘therapeutic’ in this sense. 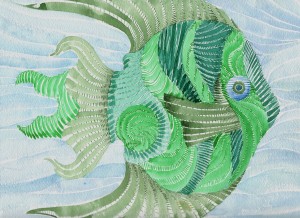