Paul’s reply to my remarks regarding the function of philosophy brings out our differences concerning the role of philosophy. I surely question the claim that philosophy functions as inquiry into the nature of reality (a “super science” which dares to explore where science leaves off). Paul states:

“Familiarization with what is known in science is the first step to trying to resolve any issue in philosophy, but only the first step, it cannot tell us about what is ultimately true in areas where science has no jusrisdiction and there are many from ethics, to esthetics (axiology in general), to jurisprudence, to political claims to epistemological issues, to name a few.” 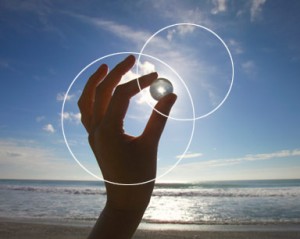 First, I question the assumption that these areas (e.g. jurisprudence, politics, epistemology) are such that “science has no jurisprudence.” Only if we limit “science” to the hard natural sciences (physics, chemistry, micro-biology) is this even close to being a plausible assumption. The social sciences and what I refer to as “scientific thought” surely have “jurisprudence” in these areas. Why not? Certainly, the “scientists” and analysts who specialize in these areas are able to tell as much about the workings in those areas as any philosopher. For example, in the field of the economics, it is economists, if anyone, who come closer to delivering any ‘knowledge’ about economics. You might deny that economists are “scientists” in any sense of the term, but that attitude probably results for the assumption that physics is the model for the sciences, and only those disciplines which resemble physics are truly scientific. Or maybe that’s not the case?

Secondly, it would be interesting to get from Paul a few examples in which philosophers provide anything resembling ‘knowledge’ or the “ultimate truth” he mentions (i.e., anything commanding anything close to the consensus that one gets in scientific fields) in these areas which philosophers patrol and in which science has no “jurisprudence.” I’m betting that all he can supply are interesting theories and points of views, some of them helpful and even insightful, but hardly anything we can all agree is knowledge anywhere close to “ultimate truth.” To the extent that a “philosopher” approximate the goal of delivering knowledge, he will more likely than not rely on the relevant sciences and proceed scientifically.
——————————-

Some thoughts to throw into the mix:
I believe that many proponents of traditional philosophy as an alternative (and noble) form of inquiry into reality fail to distinguish between inquiry and expression. Inquiry, which includes such fields as the sciences, police investigative work, historical studies, etc. can fairly be described as a form of exploration into and theorizing regarding reality (in most cases, a limited area of reality). Here the result of successful work is knowledge of some type.

Expression, on the other hand, is what we find in the general area of the humanities. Writers, poets, dramatists, artists of all kinds, … express their views of the world, or a small piece of the world and human existence. This, I believe, is the main function not only of artists and literary people, but also of much of religion and traditional philosophy (that which is other than analytical). The writer is expressing a view of things as he sees them. Yes, sometimes valuable insights result from this, and this work can perform a valuable function for people. I certainly would not deny that! A good part of what passes for “philosophy” (traditional philosophy) falls into this expressive function. Such a philosopher can serve the interests of society and provide insights into human existence the way a great novelist or artist does.

But the view which sees the philosopher as engaged in some esoteric type of exploration into reality distorts the work of such philosophy (traditional, non-analytic philosophy) as being some mysterious pseudo-science. This notion might have be applicable in earlier periods of western history, but not today.

Of course, this is just a gloss on one view of the function/nature of philosophy. It is misleading to the extent that it suggests there is one ‘thing’ called “philosophy” which can be assigned a specific function. There are different forms of philosophical work, one of which is the “secondary type of analysis and inquiry.” There’s some work in philosophy which combines analysis and expression, and some philosophers who are as much literary artists as they are critical philosophers. But none who are truly “super-scientists” exploring reality in forbidden territories, viz. territories forbidden to scientists. Although there may be some who imagine themselves this way!

It is possible that I underestimate the possibility of objective results in such areas as metaphysics, ontology and epistemology. I leave myself open to much rebuttal on your part. Finally, I don’t claim to say all that can be said on the subject. My views are open to revision, given interesting and insightful arguments to the contrary.